Why Use Our Japanese Persimmon Deodorizing Soap?

Our anti-nonenal odor soap prevents premature skin aging and removes what some have termed "old people smell" or "aging odor" without stripping your skin’s natural oils. Unlike other persimmon soaps from Japan, Mirai’s soap bar does not contain cocamidopropyl betaine, synthetic fragrances, PEG,or preservatives that may prematurely age skin. 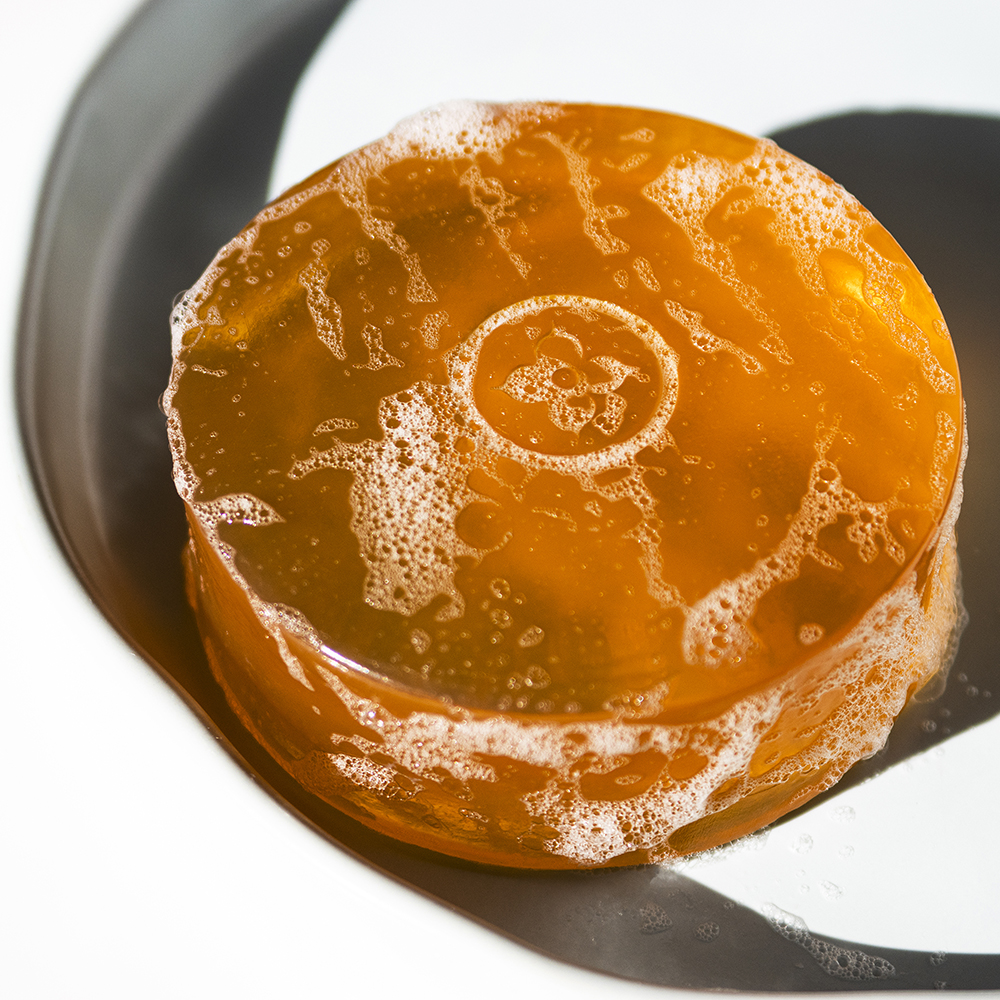 Clinical studies show that our soap with Persimmon Extract eliminates nonenal by 97% compared to only 35% by conventional soaps.

Why Do Older Adults Smell Different? What Is Nonenal?

Nonenal (or 2-Nonenal) was first identified in 2001 by the Japanese cosmetics company Shiseido as the main source of aging body odor. Further studies were documented in the March 2010 issue of the Journal of Biological Chemistry: “Lipid peroxidation generates body odor component trans-2-nonenal covalently bound to protein in vivo.”

Nonenal is produced when lipid acids are oxidized (lipid acids are fatty acids produced in the sebaceous gland). Hormonal imbalances often result in higher production of lipids. As the skin matures, its natural antioxidant protection decreases, resulting in greater amounts of oxidized lipids.

What Is Japanese Persimmon? How Does It Remove Body Odors?

Japanese persimmon– which is a potent antioxidant and a natural purifying and deodorizing agent – is loaded with vitamins. The fruit has been traditionally used in Japan for its naturally purifying and deodorizing powers. This prized natural ingredient is particularly effective in eliminating nonenal, the source of hormonal imbalance or aging body odor, leaving the skin squeaky clean and freshly hydrated.

This chart shows how Mirai’s persimmon tannin is significantly more effective in reducing various causes of body odor, including nonenal, than regular soaps. Why Is Persimmon Extract So Effective For Nonenal Odor Removal?

Tannin is a potent substance and easily dissolves nonenal, thereby eliminating its odor. Persimmon fruit is a powerful antiseptic and anti-fungal agent, loaded with vitamins, and has been used by the Japanese for its naturally purifying and deodorizing benefits for centuries. In addition, the powerful antioxidant properties of purified Japanese Green Tea extends the effectiveness of the persimmon extract to provide day-long freshness and deodorant protection.

Clinical studies show that our soap with Persimmon Extract eliminates Nonenal by 97% compared to only 35% by conventional soaps.

Contains no harmful chemicals that can strip the skin’s natural oils. Unlike other persimmon soaps from Japan, Mirai’s soap bar does not contain cocamidopropyl betaine, synthetic fragrances, PEG and preservatives that can prematurely age skin.

How to use our Purifying Body Wash and Deodorizing Beauty Bar for the best skin care results:

A century ago, people relied on strong sops to remove dirt and body odor. Today most of us take a shower daily, but tend to lather our bodies with soap from head to toe. This is over-washing. Our modern lifestyle requires gentler and healthier approach to bathing.

Why? Perspiration is water soluble and can be easily rinsed off with water. However, oxidized natural oils, which contain impurities, are not water soluble and require soaps for removal. Many commercial soaps include synthetic ingredients that can destroy the skin’s natural protective barrier. Overusing soaps with these synthetics can lead to chronically dry or sensitive skin. Even with skin-friendly ingredients, excessive washing can remove the good bacteria which help maintain the skin’s healthy balance, and can lead to additional body odor.

There are five primary areas that should to be washed daily, as they tend to produce more oxidized sweat and lipid acid (oils) and resulting body odor: As our bodies vary, focus on other areas as you need to. Then, just rinse off with water! You’ll feel noticeably cleaner and fresher, and you’ll see healthy skin results within a few weeks. Less is more!